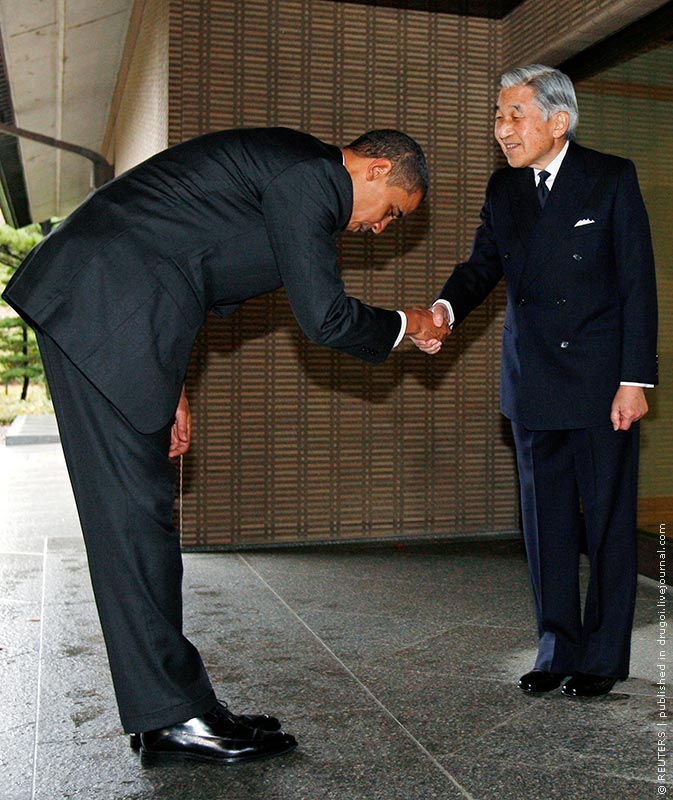 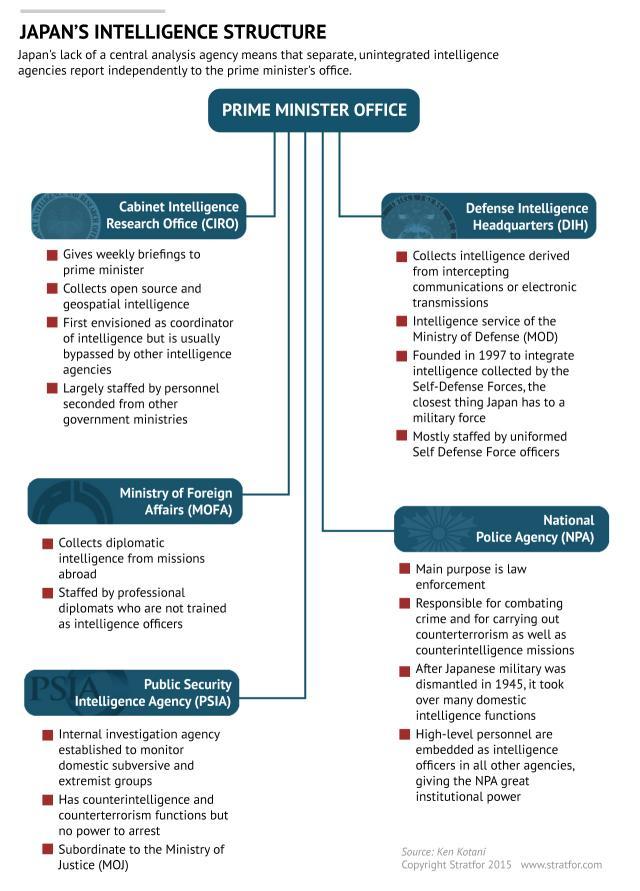 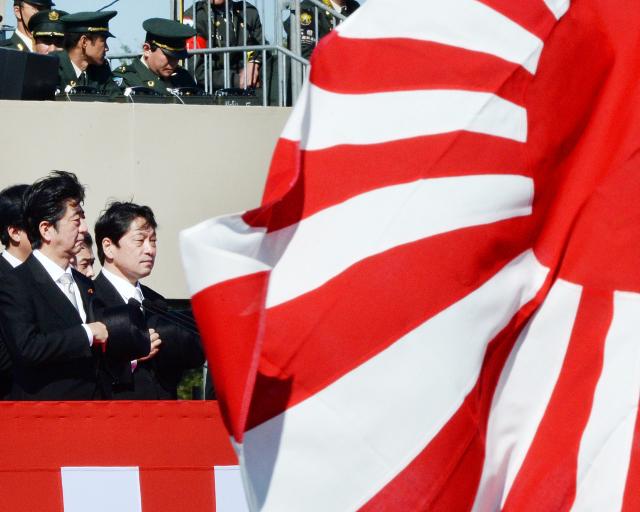 When the Allies defeated Japan at the end of World War II, they dismantled the Japanese security apparatus and deliberately left the country dependent on outside powers. This entailed not only taking apart the military but also the extensive imperial intelligence apparatus that had facilitated Japanese expansion in Asia. As it reconstituted itself, postwar Japan opted for a decentralized intelligence system as an alternative to its prewar model. The result was more a fragment of an intelligence apparatus than a full system, with Tokyo outsourcing the missing components to its allies. This system worked through the Cold War, when Japan was more essential to U.S. anti-Soviet strategy. Since then, however, Japan has found itself unable to count on its allies to provide vital intelligence in a timely manner. The Islamic State hostage crisis in January (https://www.stratfor.com/analysis/islamic-state-kidnapping-shows-japans-vulnerabilities-abroad), during which Japan depended on Jordanian and Turkish intelligence, reinforced this lesson.
In response to the recent incident, Japan's ruling Liberal Democratic Party has started drafting a proposal to create a new agency specializing in foreign intelligence. To address Japanese dependence on outsiders, the new system will shift away from a decentralized model with limited collection capacity to a centralized system with in-house capabilities. The plan would support Japan's slow normalization of its overall military capabilities in order to face new threats.

During the Cold War, Tokyo could depend on Washington to provide for Japan's external security, while relying on its own economic muscle to gain access to resources. But Japan is no longer the vital Cold War bulwark in the Pacific, giving the United States less incentive to cooperate. Meanwhile, both China and North Korea have emerged as threats to Japanese security. Farther afield, Japanese nationals have become more deeply involved in regions such as Africa and the Middle East. Today, Japan needs fast, accurate and reliable intelligence. Nearly a quarter century since the end of the Cold War, however, Japan is still using a vintage system maladapted to the changing world.
Japan's current intelligence apparatus is fragmented among five organizations. The Cabinet Information and Research Office focuses on open-source and geospatial intelligence. Japan's Ministry of Foreign Affairs collects diplomatic intelligence. The Defense Intelligence Headquarters gathers signals intelligence, including electronic and telecommunications systems. Under the Ministry of Justice, the Public Security Intelligence Agency mainly conducts internal investigations and monitors subversive domestic groups. The most powerful of these is the National Police Agency, which is responsible for domestic law enforcement, counterterrorism and combating transnational crime. It also has personnel positioned in the four other institutions as high-level intelligence directors.

This system lacks two key components: Its greatest weakness is the absence of a clandestine intelligence arm, depriving Japan of reliable access to human intelligence. The country also does not have an institution that pools the intelligence gathered by the different branches. Such an institution would provide comprehensive analysis to top policymakers and ensure effective information-sharing among agencies. Instead, Japan's intelligence agencies each report directly to the prime minister's office. The absence of these two key nodes has left Japanese policymakers with huge gaps in awareness, forcing them to react to crises instead of pre-empting them. Time and again, this has led to tragic consequences for Japanese citizens.

To understand the current limitations of the Japanese intelligence system, one must look at the country's militarist past and its Cold War-era grand strategy. Before 1945, the Japanese military dominated the government structure. The armed forces saw the conquest of Asia (https://www.stratfor.com/analysis/remembering-pearl-harbor-attack-cost-japan-its-empire) as the island nation's best means of securing access to the resources it needed (The Geopolitics of Japan: An Island Power Adrift // Stratfor. 2012.03.18 The Geopolitics of Japan: An Island Power Adrift https://www.stratfor.com/sample/analysis/geopolitics-japan-island-power-adrift). To destabilize its foes and prime Asia for conquest, the military developed a strong foreign intelligence apparatus modeled along German lines: the army and navy ran their own intelligence services, while the military police corps, or Kempeitai, conducted counterintelligence and secret police functions. 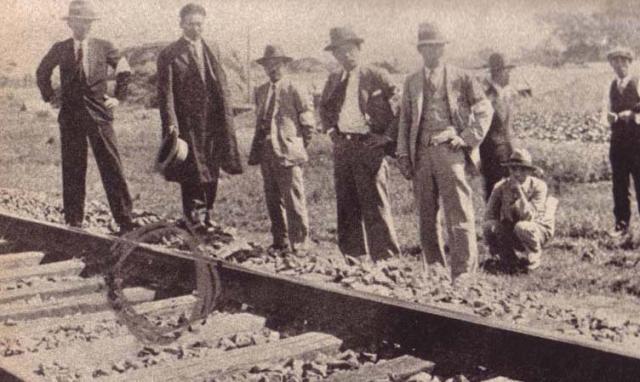 Officially, military intelligence commanders reported to the intelligence branches of various regional armies and navies but their connections in Tokyo gave them wide latitude. Like the rest of Imperial Japan's military, the Tokumu Kikan had little oversight and subverted civilian authority with impunity, at times running politically motivated operations aimed at justifying military expansion. During the 1931 Mukden Incident, for example, Japanese military intelligence agents acting on their own initiative bombed the South Manchuria Railroad and blamed local Chinese forces. The operation provided the pretext for Japan to seize the resource-rich and industrialized region of Manchuria in modern-day northeast China.
Japanese experts inspect the scene of the alleged sabotage of the South Manchuria Railway on Sept. 18, 1931, leading to the Mukden Incident and Japan's occupation of Manchuria. (Rekishi Syashin)
After World War II, the victorious United States dismantled Imperial Japan's military, along with the military intelligence apparatus. Disarmed and occupied by the United States, Japan was forced to fall back on its economic strength to acquire resources. From this emerged the Yoshida Doctrine, named for then-Prime Minister Shigeru Yoshida, in which Japan outsourced external security to the United States while concentrating on economic reconstruction.
Fortunately for Japan, its location made it indispensable for U.S. containment of the Soviet Union. The United States guaranteed Japan's external security in a 1952 mutual defense treaty. The intelligence system followed this model. Japan came to depend on the CIA to collect intelligence and inform the Japanese government, which retained reliable access to timely intelligence throughout the Cold War.
However, Japan continued to face domestic threats. These included Soviet support for the Japanese Communist Party and terrorist groups such as the Japanese Red Army. Japan's police force moved to fill the gap by collecting domestic intelligence. From this foundation, Japan developed a decentralized intelligence network focused primarily on domestic threats. The National Police Agency dominated this intelligence structure, a position it continues to hold today.
Although the Cold War-era intelligence system was limited and dependent on the United States, it met Japan's needs throughout this period. Attempts to strengthen the intelligence system ran into strong opposition from both lawmakers and from the public, which remembered the excesses of the imperial-era military intelligence services.

After the end of the Cold War, Japan found itself in a new context. Its economic involvement deepened in Latin America, Africa and the Middle East. Meanwhile, China's explosive growth since 1978 had transformed it from a weak economic backwater to an aggressive peer competitor in both security and economics, just as Japan's own growth began to decline precipitously. The collapse of the Soviet Union jeopardized North Korean security and led Pyongyang to redouble efforts to acquire and test nuclear and ballistic missile capability. It also diminished U.S. interest in underwriting Japan's security, particularly once Washington began channeling more of its resources and attention toward stabilizing the Middle East. As the interests of the United States and Japan diverged, fewer and fewer intelligence resources were directed toward objectives that Japan found important. 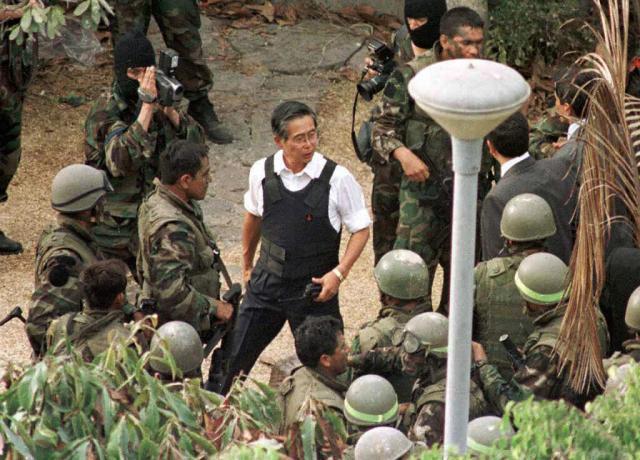 Declining U.S. support exposed the inherent weaknesses in Japan's underdeveloped intelligence system. In 1996, for example, Peru's Tupac Amaru Marxist Revolutionary Movement occupied the Japanese ambassador's official residence in Lima, taking 24 Japanese hostages, including the ambassador and several high-level officials. The Japanese foreign minister flew to Lima, where he needed to be briefed by the Canadian ambassador and spend time collecting firsthand information. Japan was then caught off guard in 1998 by the launch of a North Korean Taepodong rocket and its inability to track the missile's flight. This incident led Japan to invest in reconnaissance satellites and develop its own geospatial intelligence program housed in the Cabinet Information and Research Office. This small step was insufficient, however, and Japan found itself once again caught unawares by the recent Islamic State hostage situation — spurring the ruling party to propose more wholesale intelligence reform.

In the post-Cold War period, the Liberal Democratic Party has championed intelligence reform. In 2006, a party parliamentary committee produced the Second Machimura Report, which proposed a new agency to collect foreign intelligence operating out of Japan's embassies. The proposal also called for an agency to perform centralized intelligence analysis in a manner akin to the U.S. Office of the Director of National Intelligence.
The Second Machimura Report did not change the Japanese intelligence system, but the latest Liberal Democratic Party proposal — nine years later — addresses the same deep-rooted problems. However, Japanese intelligence reform continues to face several challenges. The first are the persistent anti-militarist sentiments of the Japanese public. The Japanese Constitution famously contains an article, Article 9, that forbids the use of war to solve international conflicts. Though there is no intelligence equivalent to Article 9 forbidding a clandestine intelligence service, in the eye of the public, intelligence and militarism are deeply intertwined. Memories of World War II still run deep.
Bureaucratic hurdles also stand in the way to reform. The Cabinet Information and Research Office's geospatial wing established after the incident with North Korea in 1998 was intended to play a role fusing the separate intelligence streams. However, the other intelligence agencies opted to bypass it entirely. Any new central analysis organization would face similar resistance, especially from the influential National Police Agency, which has historically been reluctant to share information. The same holds for a new foreign intelligence agency, which would most likely divert personnel and fiscal resources from existing agencies. The United States, too, dealt with the same issues in establishing its Office of the Director of National Intelligence and Homeland Security's "fusion centers" in the wake of 9/11. The U.S. oversight agency has yet to succeed fully in its objective of collating intelligence from the 16 other agencies of the U.S. intelligence community.
Japan, however, is moving slowly and inexorably toward intelligence reform, just as it is moving forward with its military normalization. Since the end of the Cold War, the Japanese have added capabilities when absolutely necessary. In the wake of the 1998 North Korean rocket launch, for example, Tokyo managed to fill critical gaps by investing in reconnaissance satellites and building up its geospatial intelligence capabilities. Today, geospatial intelligence is a strength of the Japanese intelligence system. In 2013, the Liberal Democratic Party pushed through the Special Secrecy Law, which established a unified classification system among agencies and laid out clear consequences for leaking secrets. Previously, the different agencies protected information in different ways, meaning that they could not trust one another to keep secrets safe. The standardization of classification schemes encouraged collaboration. The law is highly unpopular with the public, but it ended a long struggle to impose such a reform.
There is no guarantee that the Liberal Democratic Party's current proposal will lead to immediate or sweeping changes. However, the demands for fast and accurate intelligence are rising, and Japan cannot depend on its allies to meet its needs. The reform process will be slow, but Tokyo will eventually acquire and fully develop its own human intelligence and central analysis capabilities. The country will invest in its cyber intelligence capabilities as well as it strives to develop an intelligence system to manage all aspects of intelligence operations. The maturation of the technical aspects of this system will take time, but Japan's institutions have historically proved capable of mastering new procedures within a relatively short timespan.
The United States is likely to encourage Japan throughout this process by sharing its own experiences and expertise. This will ease Japan's growing pains as it builds its missing capabilities from scratch. For its part, the United States wants to empower Japan to shoulder more alliance burdens (https://www.stratfor.com/geopolitical-diary/us-encourages-japan-enhance-its-security-role). However, the long-term effect will be to afford Japan the autonomy needed down the road to independently pursue and protect its own interests abroad (https://www.stratfor.com/forecast/decade-forecast-2015-2025). 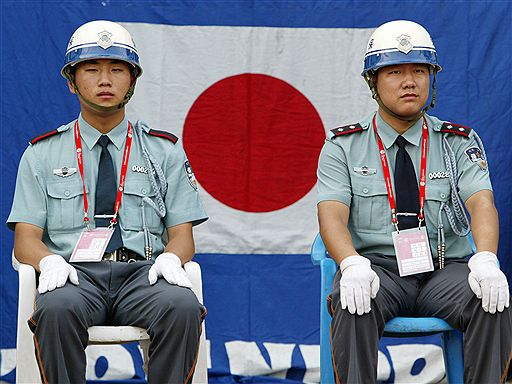 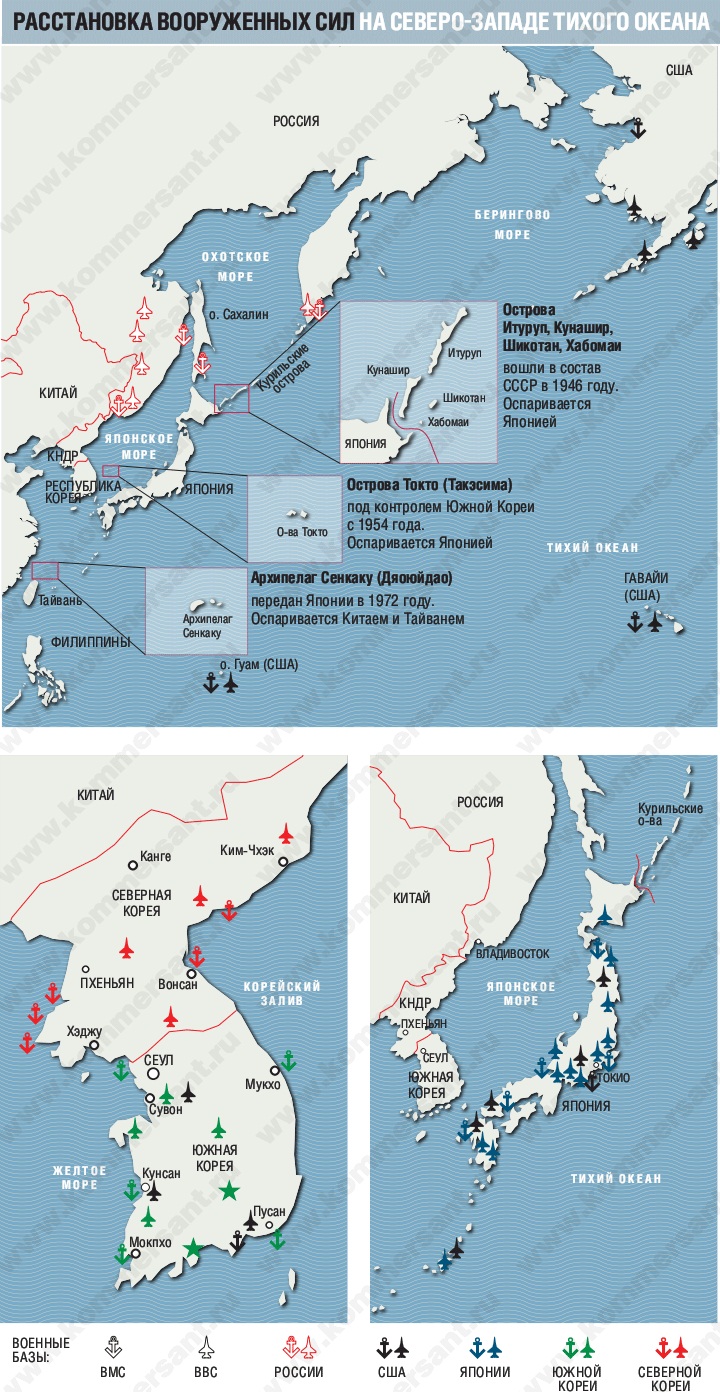 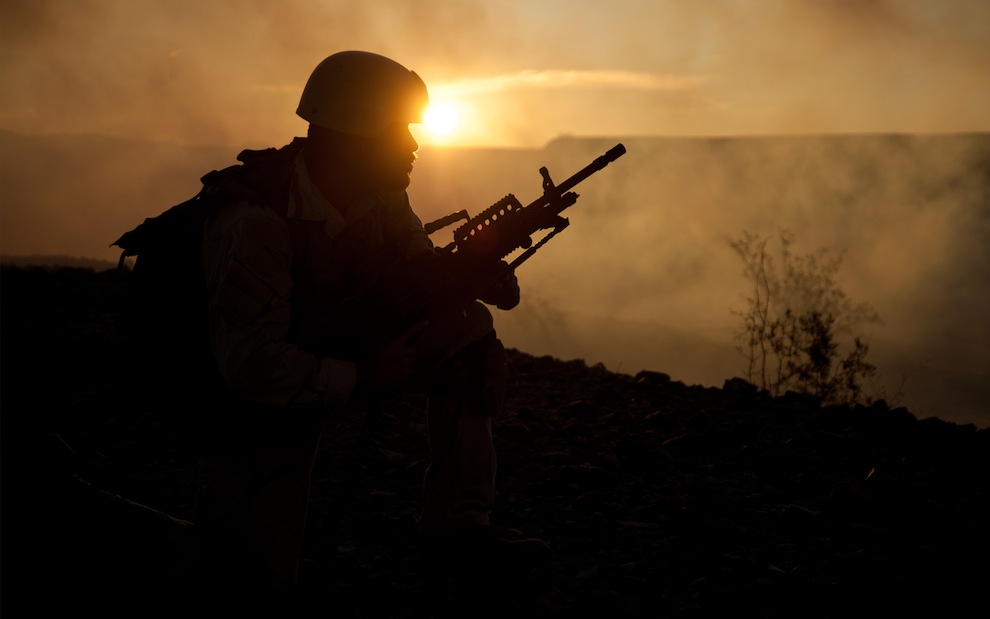 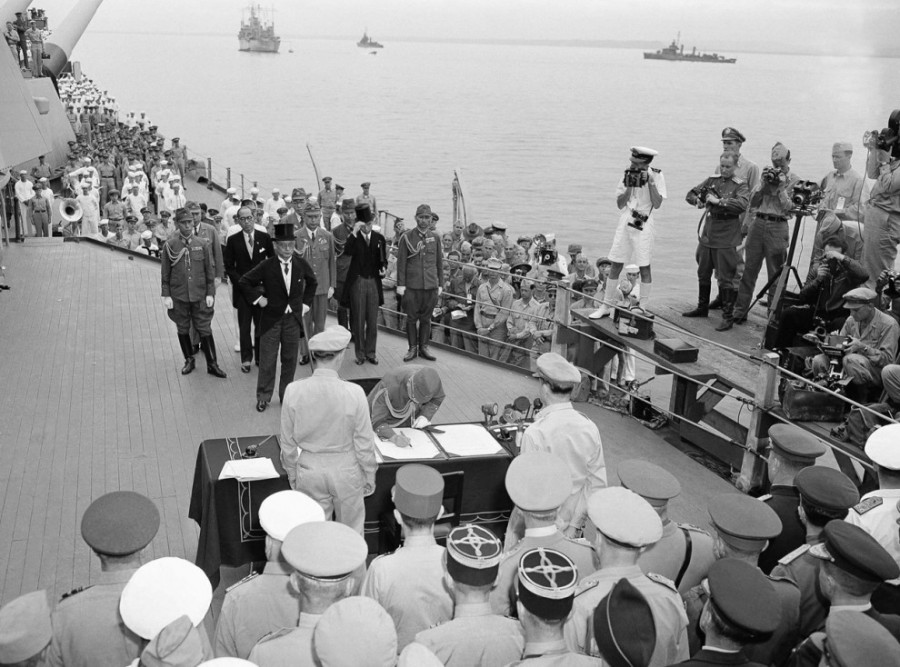 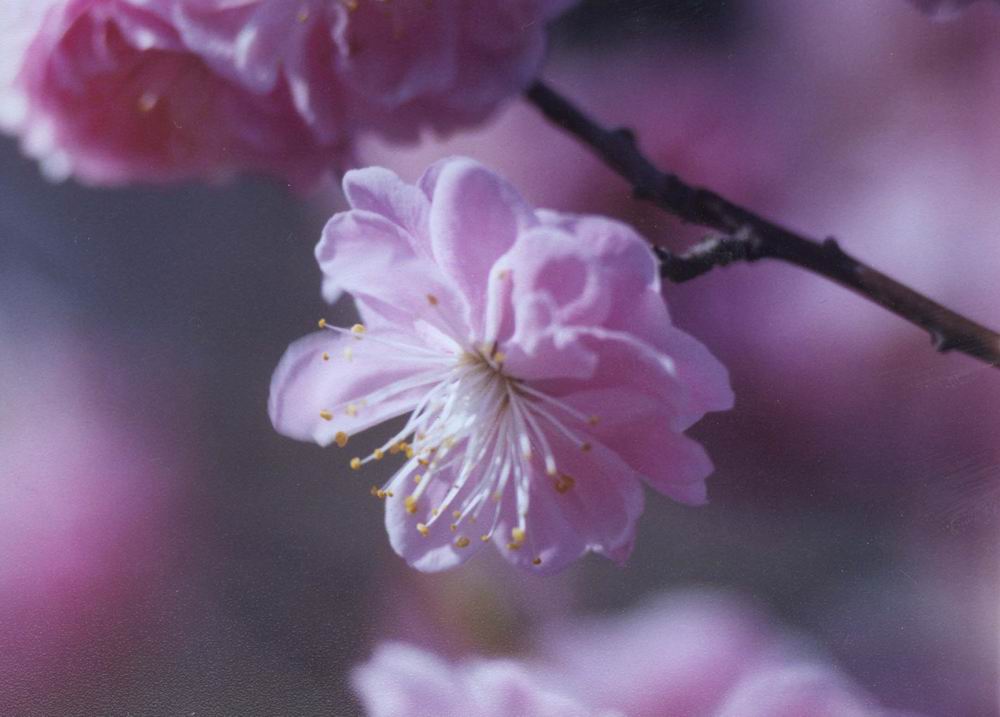